Where is God in all this 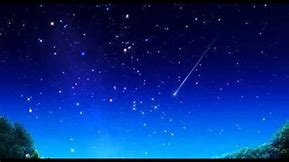 Where is God in all this

Where is God in all of this? That’s a legitimate question to ask isn’t it? If God is real and he fits our perception of him as a loving God, then where is he in all of this? Where is he in the midst of all this chaos, fear and dying? In fact, where was he during the 1st and 2nd World wars? Where was he during the Bubonic plague that took between 75 to 200 million lives? Where was he then and where is he now, and what is he doing about it?

People ask these questions from two different attitudes, the one is an attitude of scorn; they use it as a ‘weapon’ against belief in God, basically saying that all the chaos, fear and death around us is proof that God does not exist. If we follow this line of thought to its conclusion, we see that there is then no hope; no light at the end of the tunnel. Even if we survive this latest attack upon our lives and well being, we will of course still die one day, with nothing to look forward to after the struggles of this life.

The other attitude is one of seeking, a genuine question of God’s validity. They ask these questions because (unlike the first group), they actually would like to know the answers to these questions. They see the chaos and fear and death and they don’t want it to be all there is, they want life; they want there to be a God, because there would then be meaning and hope. They want to believe, but, “Where is God in all of this?”

The answer that Christians give is surprising to many; he is right at the heart of it! What is he doing about all this? There are two answers to this question, the first is: he has already done something about it! Two thousand years ago the Son of God stepped down into our suffering and died upon a cross. No-one will be able to say to God when they face him, “Where were you in all the suffering?” He was right at the heart of it, dying for us on a cross of shame and pain.

Mankind had turned its back on God and rebelled against him, but on that cross Jesus Christ, the Son of God, took all the punishment that was due to mankind upon himself and died in our place. John 19:30 ‘When he had received the drink, Jesus said, “It is finished.” With that, he bowed his head and gave up his spirit. 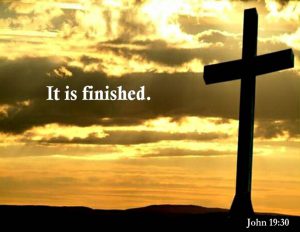 That’s what God did about it two thousand years ago. Of course the world didn’t end when Jesus died, we’re still here and still waiting for the healing that

Jesus bought for us at that time. So what are we still waiting for?

That brings us to the second answer to The question; ‘What is he doing about all this?”

God has done something about it and he is going to do something about it. You see, three days after Jesus died on the cross he rose again and promises eternal life to all who believe in him. On the cross he died so that when we put our faith in him, we are forgiven our sins/rebellion against God. He rose again and so all who believe can know that they have this eternal life, which is the life that we all desire.

John 3:16 ‘For God so loved the world that he gave his one and only Son, that whoever believes in him shall not perish but have eternal life.’

The Bible teaches that Jesus will return again and when he does, the end will come. On that day we will all face God and be judged, those who have believed in Jesus will be welcomed into heaven, those who have not believed will be cast out of God’s presence forever.

We don’t know when that day will come. God is actually holding it back at the moment! 2 Peter 3:8,9 ‘But do not forget this one thing, dear friends: With the Lord a day is like a thousand years, and a thousand years are like a day. The Lord is not slow in keeping his promise, as some understand slowness. He is patient with you, not wanting anyone to perish, but everyone to come to repentance.’

The present crisis makes us all remember our time on earth is precious, fragile and short. When it comes to the sufferings of the human race God is not self distancing, he is right at the heart of it all. He has done something about it in his Son, Jesus Christ, and he will bring an end to it all when Jesus returns. That day will come but for now we all have a chance to trust in Jesus Christ and so be welcomed into his kingdom when he returns.

A suggested prayer: Father, I thank you that even in times of crisis you are there for us. I turn to you and ask for your forgiveness of my sins and thank you for the eternal life that is through faith in Jesus Christ, in him I now put my faith. Amen.